Joan has considerable experience in the charity sector and a particular interest in support for disadvantaged young people. She has a background in health, education and social policy development in the public sector.

Joan has been Chair of Edinburgh and Lothian Trust Fund SCIO since 2013.  She was a Board Member of EVOC from 2009 and Convenor from 2013 to 2018. For 14 years she was a Trustee of The Energy People Trust which funded projects aimed at alleviating fuel poverty, especially in relation to children, young people and families. Until 2017, she chaired EVOC’s Network of Voluntary Organisations for Children, Young People and Families and represented the Network on a number of multi-agency partnership groupings. She is a former non- executive Board Member of NHS Health Scotland, a former Chair of The Yard and a former Independent Prison Monitor.

Joan was appointed Chair of the Trust in November 2013 and was re-appointed (as an independent trustee and Chair) with effect from November 2018.

Gavin is Director of College Employers Scotland, where he leads the forum through which National Bargaining is being implemented by the college sector in Scotland.

He was previously Deputy Director, Stakeholder Relations, at the University of Edinburgh. Prior to that he spent six years as Public Affairs Manager and then Acting Director of Communications at Scottish Renewables, the renewable energy trade body in Scotland, and before that he worked in the House of Commons for Dame Anne Begg MP, Chair of the Work and Pensions Select Committee.

Joan’s professional background is in education where her career spanned 38 years.

Over her working life Joan taught in Edinburgh, Glasgow, Kenya and Canada before settling back in Edinburgh where, over a period of 20 years she was a primary Headteacher. Other roles have included that of Curriculum Development Officer and Education Officer of Edinburgh. However, it was her role of Headteacher and opportunity to work closely with children, their families and the local community that she particularly thrived on.

When she retired in 2014, Joan spent almost three years as a volunteer with the Starfish Recovery Café in Musselburgh where she was a member of the Board of Trustees and Treasurer.

John has worked as a Housing Officer and Community Worker and gained a postgraduate diploma in housing. Having worked for the Big Issue in Scotland, John was one of Move On’s founders, who established the company in 1997. Since then, he has led Move On through more than twenty years of growth and development. Move On works to unlock the potential of vulnerable young people and those affected by homelessness in order to improve their lives.

John is a non-Executive Director of the Scottish Mentoring Network, FareShare UK and also a Board Member of the Edinburgh Voluntary Organisations’ Council (EVOC).

John was appointed as an EVOC nominated Trustee on 11th February 2020.

as worked for over 18 years as a professional fundraiser for a variety of charities. His career began at Northern Ballet Theatre in Leeds before a move to Scotland where he notably worked for Bield Housing and Care for 8 years. During this time, their fundraised income increased from £8,000 to nearly £250,000 to deliver a wide range of services to support older people living with dementia. He now works as the Fundraising Lead for HIV Scotland with a mission to reach zero HIV transmissions in Scotland by 2030. He also runs his own fundraising agency, KRFC, to provide advice and support to charities of all shapes & sizes wherever.

Kevin is a keen volunteer and founded Scotland’s first LGBT+ football team, HotScots FC, in 2007 which is still going strong today. He is also the current Chair of the Institute of Fundraising Scotland’s Trusts and Statutory Special Interest Group; a voluntary group which helps fundraisers nationwide to develop their skills and raise more money for their respective charities.

Peter was employed by Standard Life Group for 45 years before he retired at the end of 2013. For the last 15 years of his career he was an Investment Director with Standard Life Investments and was responsible for relationships with institutional clients.

He was also responsible for Standard Life Investments Treating Customers Fairly policy. Peter is currently a Trustee of Standard Life’s £4 billion staff pension scheme, a role that he has performed since 2011.

Tom is a qualified Management Accountant with significant Financial Services and industry experience. He currently works at Royal London as the Finance Business Partner for Pensions, with responsibility for supporting the Commercial Directors in maximising value. He has previously worked at Virgin Money, Tesco Bank and the Royal Bank of Scotland, having qualified at Procter and Gamble. 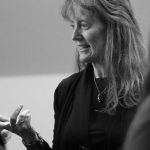 Bridie is the Chief Executive of EVOC (Edinburgh Voluntary Organisations’ Council) and has over thirty years’ experience in the community sector, having worked in start-ups, social enterprise and business. Before joining EVOC in March 2021 her most recent position was Chief Executive at Space & Broomhouse Hub where she successfully headed the £3.2 million capital investment programme to open the Hub – a local community development trust in an area that has some of the highest child and in-work poverty in Scotland – towards the end of 2019. 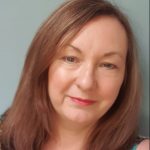 Julie Anne, started providing the administration support to the Edinburgh Police Fund for Children back in May 2019 and more recently for Edinburgh and Lothian Trust Fund SCIO.

She has worked in the voluntary sector for over 25 years with Edinburgh Voluntary Organisations’ Council where she has had a variety for different administrative roles. Currently, she manages and organises the training courses that EVOC provides to the sector. 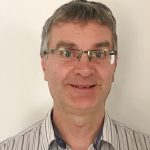 Alistair became Interim Trust Administrator for the Edinburgh and Lothian Trust Fund SCIO in November 2019 before being appointed on a full time basis in March 2021.

He has over 30 years’ experience working for the Scottish Government holding various roles which has allowed him to develop a wide range of skills, knowledge and experience. He has expertise in operational delivery, implementing change, budget control and customer service.

The current position with ELTF SCIO staff, services and our continuing work for the benefit of voluntary organisations and individuals in need, is as follows: 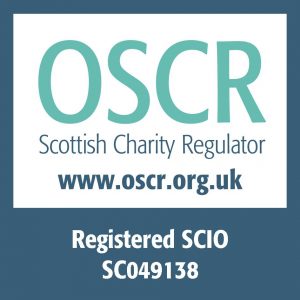